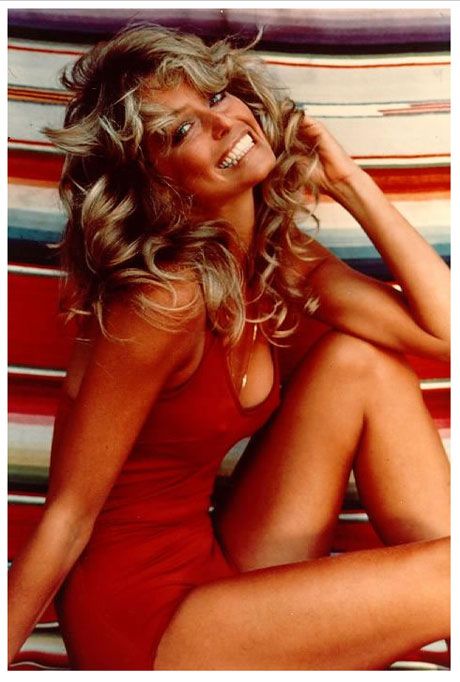 Well I have less hair than the last time I added anything here, and no, it’s not because I have cancer. It seems that taking care of a cancer patient or should I say; the stress of taking care of a cancer patient can lead to hair loss. Perhaps it’s just dealing with cancer and the side effects of cancer treatments – because really, my mom is usually pretty easy to care for – that is the culprit but either way, I have less hair.

My hair has been falling out for some time, and it finally got to the point where it had become a chore to try to fix it so that it wasn’t noticeable. So the last time I went to my hairdresser, I said, “just even it up and we’ll start all over again.”

At first I wasn’t sure if I’d like my new, shorter hair, but after all the compliments I’ve received, and the fact that it’s easier to care for, I’m beginning to like my new looks.

It wasn’t that easy for mom when she lost her hair. That was traumatic, to say the least. It happened right before mom’s second chemo treatment. Naively, we’d thought that we dodged a bullet because she hadn’t lost any hair immediately after her first chemo treatment. Our hairdresser had even given mom some special treatments to help prevent or at lessen her hair loss, but in the end, nothing worked.

It happened quickly, which made the loss so much harder for my mother to endure (notice I didn’t say bare). In just two days, it was gone. Every time she combed her hair, turned her head or did anything at all, there it was; clumps of hair falling out, not poetically but horribly, until there was nothing left but her barren scalp.

She mourned the loss of her hair – always one of her most beautiful features with its natural curls and glorious texture, more than her breasts.

It’s mostly back now, though a bit thin because for the drugs she takes to prevent a recurrence.

So what does this have to do with Farrah Fawcett? Well, the iconic image of her is how many of us remember her. All teeth, breasts and glorious hair, she was a constant reminder of who I’d never be when I was a teenager. Let’s forget my feeble attempt at wearing my hair in her signature style. Let’s just say, I was suffering from teenage angst. Let’s also say, I was never much of a fan of hers until I’d grown past my insecurities and into myself. Then I was able to see the actress beneath the mane. I loved her as Barbara Hutton in, “Poor Little Rich Girl: The Barbara Hutton Story,” and as the woman who killed her abusive husband in “The Burning Bed.”

So again, you ask, what does this have to do with Farrah Fawcett?

Well she got cancer, anal cancer to be precise, and sometime during her journey, she began to document what she was going through. It aired on NBC, Oxygen and Bravo and I watched it repeatedly without let up for weeks. I searched for it online to find viewings. It wasn’t a lurid fascination that prompted me, but more of a reverence for Farrah’s honesty and courage to share so much of herself and her struggles. She could have remained silent, only allowing the memory of her former self to remain fixed in our minds, but instead she chose the road less traveled and in that decision, me, the girl who hated her for representing all that I wanted, but could never be, found myself seeing her as so much more than that other image. She’d become my hero, and I wished that I could embrace her in some way beyond the tears I shed as I watched her battle the cancer which would ultimately end her journey.

The documentary, “Farrah’s Story” first aired on May 15, 2009, and when I originally saw it, mom hadn’t yet received her cancer diagnosis. Some might say that I had a precognitive reckoning about it and was drawn to watch it because of that. I think that viewpoint cheapens what really happened. I was drawn to it, because that kind of courage is a rare and wonderful thing, and also because finally I saw the woman behind the image and I loved what I saw. Obviously, there were aspects of her journey that are different from mine, but you can say that about anyone’s cancer journey really. The only thing she endured that most don’t, was the paparazzi and media constantly intruding on something so private, even going so far as to access her medical records. That aspect of her journey still angers me, and I wish that we lived in a world which such things didn’t occur.

I remember one of the doctors mentioning that they’d given her a weaker form of chemo to save her hair, and how finally it was decided to go with something stronger. That revelation staggered me, and I remembered when mom began going through chemo how the thought of Farrah and her hair, and how much possibly the need to save it may have cost her her life. To be honest, I can’t say that for sure, she had Stage 4 cancer, which means that it had spread through her system, but that thought stuck with me nonetheless.

The footage of her without her hair was jarring, but just the same, she made it OK, which ultimately made it OK and easier for me when mom lost her hair. Kate Jackson, one of her costars from “Charlie’s Angels” said this about her in the documentary, “Hair or no hair, she’s still Farrah, and the great thing is, I never heard her complain once.” Here’s what someone else said, “She wasn’t as upset as I thought she would be,” said while an image of Farrah looking at herself and her thinning hair in a mirror and laughing.

Again, these words and that image stayed with me and comforted me when I had to deal with the same things with mom.

Besides that and much that sustained me, you have no idea how profound that was for me, who had always envied her hair because I’d always had so much trouble with mine. You see, this isn’t the first time in my life that it’s fallen out from stress. My childhood also took a toll on my hair, so that by the time, I was a teenager and seeing Farrah’s image for the first time, it was an awful mess. When I was a child, it had been long and beautiful, then it had thinned out and the texture changed until it was an impossible mess and I was left feeling like the ugliest thing on the planet. This all happening when most girls deal with self-esteem issues.

Farrah finished her journey on June 25, 2009, and mom received her diagnosis just a few months later.

Thank you Farrah for helping me prepare for our journey as you were finishing your own. Thank you for your beauty, courage and strength, and also, quite sincerely, thank you for your hair and for making my mom’s loss and also mine, a lot easier to endure.

I invite you to watch this portions of “Farrah’s Story,” by clicking the video below…

Sadly the full documentary is no longer available online, but it is available for purchase.