Times of Joy, Times of Sorrow 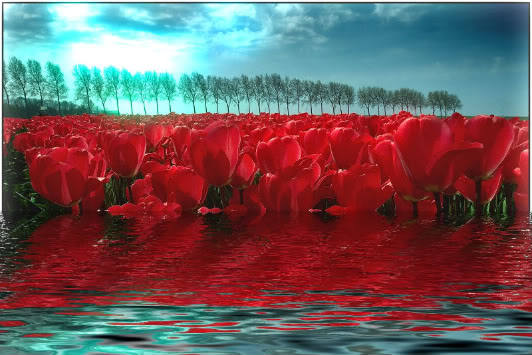 “It was the best of times, it was the worst of times.” So begins Charles Dickens great work, “A Tale of Two Cities.” Those words perfectly describe my current situation.

My mother’s health has greatly improved over the past few weeks and we seem to have finally gotten to the point where things are looking up. It’s been a long haul, as anyone knows who has been a caregiver or a patient undergoing chemotherapy. The symptoms can be horrific and frightening and there is nothing you do, but experience them if you are a patient, or helplessly watch, if you are a caregiver.

Neither position is easy and it wears on every aspect of your life in ways that you’d never expect. I began this blog to help me get through this experience because I simply could no longer go on carrying so much inside me. Release is good. It is also therapeutic.

Just a few weeks ago, my mother was so anemic that she could barely stand up, let alone walk through out house without assistance. Now she is not only able to do that, but has begun getting up in the morning to make her breakfast without any help from me at all. These may seem like small things to some, but they are monumental to us. Depression is very much a part of chemotherapy treatment for both patient and caregiver. My mother had pretty much given up at various points and it was hard to watch, because giving up is so not an aspect of her personality. Mom and I are both fighters, possibly because we’ve had so much to fight against and fight for throughout our lives. Sometimes we have difficulty recognizing which battles are worthy of your efforts and energies, because when we care about something or witness something that is wrong, we speak out whether or not anyone else cares. So when mom wouldn’t get out of bed because she had become convinced that she’d lost the ability to walk, it killed me. I did whatever I could to get her up and trying. I yelled at her saying I could fight anything but her giving up. I refused to let her quit and thankfully she didn’t.

Now she’s walking and the grip of fear that clenched at me so much is beginning to loosen.

It would be perfect except for this.

Two weeks ago, I received a phone call that my father wasn’t doing well. He’s in a nursing home because he’s suffering from dementia. I hadn’t seen dad in a few weeks because I was so busy taking care of mom and I couldn’t leave her alone for fear that she’d fall. No one in my family helped me or offered to help, so I was left with a pretty tough choice to make, but perhaps it wasn’t that tough after all.

My relationship with my father has always been problematic. He was abusive. He’s the reason why I walk with a limp, have chronic pain, can’t have children and have struggled all of my life to have healthy relationships with men. When I was a child, I thought all men were evil. My father had taught me that in every way imaginable and that particular lesson stuck. Thankfully, I have many wonderful male friends who have shown me nothing but kindness and understanding and helped me unlearn that horrible lesson. All men aren’t evil, and some would never consider doing to a woman, let alone a child, their child, what my father had done to me.

That said, I can honestly say that I love my father, though to be honest, this love ranges from love to indifference and back again. I am not a victim, I was once, but not today. My being able to love my father has come out of my healing from his abuse. My indifference comes from my ability to forgive. I have never hated him and I’m grateful for that. Somehow, I had the sense early in my recovery to recognize that I had to forgive my father in order to move on with my life. Of course, this doesn’t mean that my forgiveness was perfect or constant. I am human after all, and I have moments of anger and bitterness over what he did, but thankfully those moments swiftly pass.

My father is dying. Those are horrible words to write. Even with my situation, it is not easy. Though he was sometimes abusive, he was also sometimes a really great dad. I just wish he’d chosen to be that good father throughout our relationship, but he made the choices he did for whatever reasons and I’ve had to live with them.

My father is dying and I am already mourning him. Dementia takes people in pieces, first bits and pieces of their memory fade away, then their recognition of you fades away, then their ability to feed themselves or function fade away until there is nothing left by a body that breathes in and out until it finally that stops too.

I hold his hand remembering the times when I sought him for comfort. He was always the one who bandaged my scabby knees when I’d fallen down. I had suffered many falls as a child. I have no idea why, but yeah I do. My dad threw me down a staircase when I was a kid and though I limped around for weeks, my parents never sought medical attention for it. I was called dramatic and told to knock it off, but no one called the doctor. It wasn’t until I was in college after yet another fall, that it was discovered that I had a mass on the bone of my leg that had developed because of a previous fracture. Perhaps my dad being so gentle with me when I fell was his way of apologizing for what he’d done, perhaps not, either way I remember his gentleness and I mourn him.

Ironically, my mother was always a little rough with me in these moments. She has strong, tough hands and would always press a band-aid on too hard or clean a cut too vigorously.

Her relationship with dad has been problematic too. They hated each other for years. She because of the abuse we’d endured, he because he blamed her for putting him in jail. Now, somehow they had forged a new relationship. Now they have grown to love each other. It’s pleasant, beautiful and awful to see. While I am happy that they are happy, I am also repulsed by my mother’s betrayal.

“Your father did wrong in the past, but that was then.”

So far I’ve received two phone calls telling me his death was imminent and somehow he has fought his way back. He won’t recover, but this will not be an easy death. Dad is afraid of death. He believes in hellfire. I do not. There is no need for hellfire. He’s in hell now.

One of the things I’ve done to escape all that’s going on is to watch Netflix DVDs of “The Tudors.” Of course it sometimes takes me weeks to go from one episode to the next, I can honestly say that I love this series. I’m currently watching the part where Henry is beginning to have a change of heart towards Anne Boleyn. I know what’s coming. I love English history and know this story well. It’s really sad because I love the woman who is playing Anne; a lovely actress named Natalie Dormer. She has played Anne from an impish little tease all the way up to a powerful queen. It’s an extraordinary performance. I hate to see her go. I could stop watching the show now and just pretend that Anne and Henry lived happily ever after, but I know that’s a lie. Besides, I want to see the rest of this wonderful show, so I will keep watching.

There is no easy way out for my situation with my dad. His ending is inevitable too. I know it’s coming and there is no escape. My father is dying, my mother is recovering and I have to keep going on. I have to see what’s going to happen next. I have to face what I do not wish to face and I have to help my mother through it, while I try to process my feelings and continue to heal.

24 Responses to Times of Joy, Times of Sorrow